How TE affects other areas of the body

Ever heard these expressions? “You are only as strong as your weakest link” or “If it isn’t one problem, it’s another”?

Well these expressions definitely apply to tennis elbow. It is well-documented that TE causes a great deal of pain to your elbow joints. However, what is not thoroughly discussed enough is how the condition affects other areas of the human body. If not properly treated, tennis elbow will negatively alter the function of other muscles, ligaments, and tendons.

So what exactly is the function of the forearm muscles?

The muscles in the posterior compartment of the forearm are commonly known as the extensor muscles. The general function of these muscles is to produce extension at the wrist and fingers. In laymen terms, the muscles within the forearm help move the wrist, hand, and fingers.

When the elbow joints become inflamed, the forearms feel the brunt of its pain. In fact, recent studies show that tennis elbow is often due to damage to a specific forearm muscle, the extensor carpi radialis brevis (ECRB). The ECRB muscle helps stabilize the wrist when the elbow is straight. For example, this happens when performing a tennis groundstroke. When the ECRB is weakened from overuse, microscopic tears form in the tendon where it attaches to the lateral epicondyle (the bony bump on the outside of the elbow). The cause of this damage is repetitive and strenuous use of the forearm muscles on a daily basis.

The following activities frequently cause this issue to occur:

All these activities put a great deal of stress on the forearm muscles, in which leads to outer elbow pain. This issue can painfully affect everyday occurrences such as turning a doorknob or shaking hands, which involves twisting the forearm.

When gripping an object as light as a pen becomes a chore, that’s a classic symptom of tennis elbow. After the forearms, the hands and wrists are most affected by the elbow ailment. Having TE affects the way a person holds and grips things. Heck, even shaking someone’s hand is a pain in the a**!

Another hand and wrist ailment that could result from tennis elbow is carpel tunnel. Carpal tunnel syndrome is numbness, tingling, weakness, and other problems in your hand because of pressure on the median nerve in your wrist. To understand where the carpal tunnel is, look at your wrist with the palm of your hand facing up; as you flex your wrist toward yourself, the area beneath the wrinkles is the carpal tunnel. Through this tunnel are blood vessels, nerves and tendons.

Overall, by doing repetitive movement that heavily stresses the hand and wrist joints, you not only can develop tennis elbow but carpel tunnel as well.

If you ever tried to perform a bicep curl while battling any kind of elbow pain, you know how excruciating it is. In fact, a lot of weightlifters develop tennis elbow due to excessive strain that bicep and triceps exercises such as bicep curls & triceps extensions puts on the elbow joints. This could lead to experiencing problems within the biceps and triceps muscles themselves. 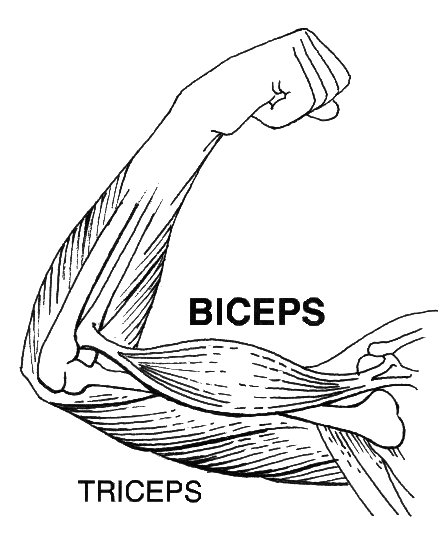 There have been reports that bicep tendinitis (also called biceps tendinopathy), a condition characterized by tissue damage due to the overuse of the biceps tendon, is a result of elbow conditions such as tennis elbow. It makes sense because when the elbow joints weaken, the bicep joints begin working harder. Both joints work together to assist the forearm in lifting.

So now you can see how the elbow ailment can negatively affect the forearm followed by the biceps tendon. Also, a damaged bicep tendon will ultimately affect the shoulder joints (in which will be discussed shortly).

Rotator cuff tendinitis affects the tendons and muscles that help move the shoulder joint. In other words, this injury will make you hate raising your arm. Athletes such as tennis players and swimmers who extend their arms over their elbows are prone to developing this shoulder issue. That’s a coincidence because tennis players and swimmers are also at high-risk for developing tennis elbow.

One of the most agonizing and annoying pains to have is in the neck. The pain of tennis elbow can extend so far that it could radiate all the way to the neck. Some sufferers experience neck stiffness and tenderness, as well as signs of nerve irritation. Like the other aforementioned areas, neck pain comes due to the body attempting to compensate for the loss of elbow strength.

Some physical therapists believe that tennis elbow could originate within the neck. Sure, the ailment is mostly due to overuse of the elbow joints. However, that same spot along the outside of the elbow is where pain could occur when pressure is placed on the C67 nerve root (this is called cervical radiculopathy). The C67 nerve root leaves the spinal cord in the lower cervical spine and travels from the neck down the arm. When the nerve is compressed or pinched, pain ranging from the arm, elbow and neck will likely ensue.

This nerve issue could be the cause of elbow pain in some people. For most people, tennis elbow is the root of the elbow pain as well as in other extremities such as the neck.

So now you understand how elbow problems often manifest themselves in other parts of the body and vice versa. This is why it’s important to pay attention to those aches and pains, no matter where they occur. Dismissing them could cause bigger problems down the road and make their way to other parts of your anatomy.